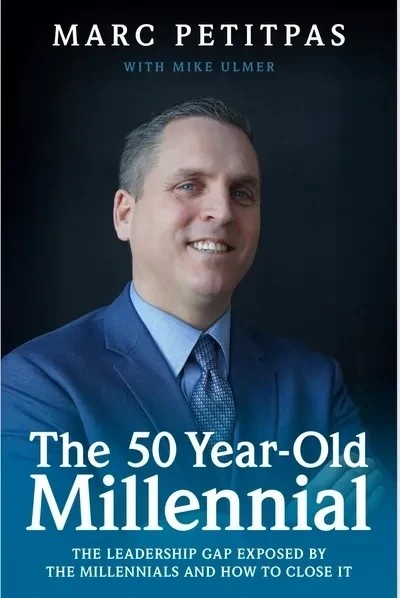 I’m not a mind reader but then, I didn’t have to be.

All I needed to do was look at the exasperation on my boss’s face to know exactly what he was thinking: why can’t you just go along?

I understood. He wanted to know why I was so stuck on implementing servant leadership in his company. To him, pushing for change, reimagining and demanding accountability felt like a lack of loyalty. I left the company soon after. I couldn’t just go along. I wasn’t raised that way.

It turns out that I’m a 50-year-old person with a Millennial’s sensibilities.

Millennials, people born between 1982 and 2000, are marching into our workspaces.

By 2025, according to one estimate, Millennials will account for 75 per cent of the global workforce. That number is in dispute but as you read this, 43 percent of the people with some sort of jobs qualify as Millennials. That’s the largest cohort out there. These young people will run into leaders (like my obviously impatient boss) who still want everyone to go along, to fall in line, to shut up and follow.

But our work worlds are being powered, and will be powered more and more, by people who won’t shut up and follow.

They weren’t raised that way. Instead, they will shut up and leave.

Gallup reports that 21 per cent of Millennials say they have changed jobs within the last year. That’s three times the number of older employees.

I started working at 15. Over three decades, I’ve sold t-shirts, worked as an assistant manager at McDonalds, opened $60 million sports facilities, run construction and printing companies and worked with brilliant young people and spectacular leaders. Today, I manage a business coaching company in which I can put all those lessons into practice. I have seen the work world convulse with change. Nothing has been transformed than the concept of loyalty.

They will be more  loyal to leaders who are honest, open, willing to give feedback and help the young worker advance.  They want consistent two-way communication. They won’t just go along, shuffle their feet and wait. It’s not how they were raised. As kids, they believed us when we told them they could be anything they wanted. Blame tv or video games or helicopter parents if you need to, but this generation is what we raised them to be.

So yes, they want to know what they get besides a paycheque. And they may still leave.

You may not like that but the math isn’t on your side.

Go ahead, hire the followers, the mediocre. They’ll stay all right. But you won’t like that much either.

We are at a crossroads and it’s decision time. You can backtrack along that well-worn outmoded path that leads to dead-end jobs for people, or you can decide to look ahead with fresh eyes -- just like those young people are doing -- and help cut a new path toward future possibilities, not only for your employees but for you. Who the hell wants just a job when they can believe in their work?

Servant leadership, a phenomenon first mentioned in business circles 50 years ago, is set to bloom like never before. Its growth won’t be based on charity, not on morality, not with the view of creating some sort of workplace utopia, but on numbers.

It’s the only way. This generation of workers vote with their feet.

The servant leader understands that her organization is going to be better, her customer will fare better, her people will stay longer and work more productively because she is putting her team members first. When she perceives a deficiency she will figure out what the employee needs to succeed.

If the problem is a knowledge gap, it falls to her to provide that learning opportunity.

She will correspond frequently, predictably, with her employees. She will be transparent, consistent, measured and compassionate.

The companies that advance will be the ones who furnish their employees with ample reasons to trust them. Those companies will concentrate, more than ever, on acquiring, grooming and yes, creating the bench strength to replace talented people.

Are you ready to catch up with your employees? Take that new road to workplace fulfillment and success? You’re reading this book right now, aren’t you? I’ll take that as a Yes.

Consider this book a manifesto and a manual.

I believe this to my core: servant leadership is the best way forward, because it is perfectly suited to the mores of the workplace.

And let’s dismiss the bullshit about the pampered Millennial.

They will do the grunt work...if you show why it’s important to them and to others.

They don’t have short attention spans. They've grown up multitasking. They play video games while they're chatting with a friend and watching Netflix. They value co-operation, want to be told how they are doing and bring enormous technological aptitudes. They will drag us into a more sane, fair, transparent and yes, profitable, work world.

This is how you can come along.

Learn the Five Pillars in the servant leadership playbook:  the connection meeting, weekly one on ones, coaching in the workspace, employee development and performance reviews. These elements are built not just on top of each other but, instead, interconnected.

If you skip the connection meeting, you ignore the chance to put in place templates that will influence  your relationship with your worker throughout her stay. You will throw away an optimum chance to understand how they wish to be treated, what their best and worst bosses looked like and forego an understanding of what incentives will best motivate them.

Consider the five anchors as you would a suspension bridge, each strand pulls on another to create a sturdy way forward.

I know, most people will not manage this way. They will not thrive, or at least, thrive in the way they could.

I suppose I could draw on plenty of data to justify the efficacy of servant leadership, but the most important fact is this: more people go home happy this way. They find purpose in their jobs and, by extension, renewed vitality in their lives.

Financial Post - Closing the leadership gap between the millennials and their boomer bosses.

Guelph Star - What's the 50 Year Old Millennial about and why did I write it?

Enter your details below to join the challenge.